When you see the title of the site you will certainly read some egocentric meanings into it. But the true nature is much less sinister. This is my personal blog and I share things about my life.

There are a number of aspects to it. Today we’re going to explore my new obligations.

The first one is easier said than done, and the other is easier to done than said. Does that make any sense?

I will be attending a baby shower in a matter of weeks, six to be exact. That is the easy part. The difficult part is organizing it and preparing for the guests. That is what you get when you get asked to host a baby shower and you say, “yes” I actually said “sure.” But the result was the same. Responsibility. I think that I can handle that part. One of the aspects though that is driving me crazy about the baby shower though is the invitations and decoration. I love a great looking invitation as much as anyone, and there are so many to choose from.

Conflicted is a good word to describe my situation. I know you’re not supposed to pick out something that you would like, but well, I have better tastes.

Here are a couple of baby shower invitations that I have picked out. They fit with my tastes, and they fit in my budget, and I have a couple of great ideas for baby shower themes that would fit great with these invitations. That sounds all fine and good, I know, but I am conflicted because I am not sure that the styles would fit the mom to be.

My sister and I have always had conflicting tastes, clashing is a better word for it, so if I pick something out that I like it will be a bust. The invitations that she would like are boring. They go with boring baby showers. You don’t want that.

You want an incredible baby shower. One that sticks in people’s heads. And you need to plan it all the way through. The baby shower invitations are just a part of that. But they are an important one.

Besides I will be paying for them.

If you knew us that last sentence wouldn’t sound nearly as dreadful as it does without the right context.

This is a set of baby shower invitations that I am thinking about. The pink cute aspect of the invitations is perfect since I will be the aunt to a beautiful niece. But then that is the next part.

The right look is important, and I know that a gendered baby shower invitation is going in the right direction.

That is why I am looking at these services for ideas. They have the invitations by color and gender.

They have a number of different options as well as some cute options for girls that I liked. They are on the more expensive side, so I am not sure I will choose them.

I received a note that the Tiny Prints brand and Shutterfly have merged. Which was a shock, but since they both offer different invitations I thought that I would leave Tiny Prints here as well. However, if they get removed from Shutterfly altogether I will remove them here as well.

There are a lot of different options when it comes to pink baby shower invitations for girls which was interesting. One of the most interesting offers had a lot of different options to choose from. One thing that appealed to us was that they did more than offer the standard, pink and gold or gray designs that we had kept seeing on sites like Tiny Prints. Instead they offered cute designs that were ideal for arranging a baby girl shower around a lot of different themes. This makes making plans easier. But it is refreshing to see some variety, and that that there are different styles to choose from.

They also have a decent discount and low prices, which tilted the scale slightly in their favor.

I know them for different services and I am not sure if I want to try them for invitations or not. I was actually surprised to see that they had baby shower invitations, but they also offer 50% off which is attractive.

Somebody also suggested Minted which is a also a possibility I may look into.

Here are some of the baby shower invitations I liked. 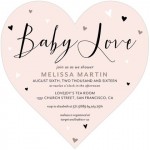 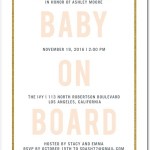 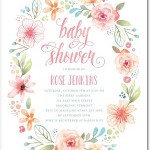 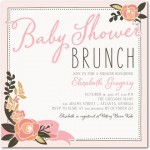 Tiny Prints and Shutterfly are now the same site. 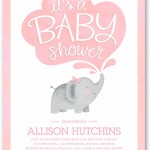 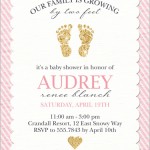 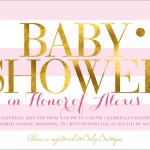 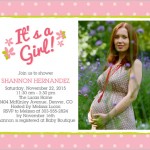 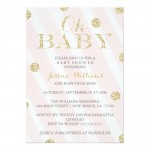 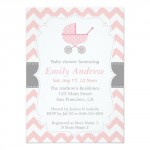 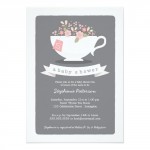 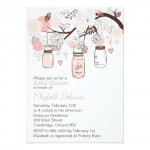 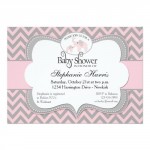 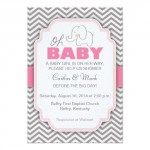 There will need to be a lot of time put into the baby shower, the planning is much more time consuming than I had anticipated. But I hope that it will be worth it.

That will also be a job I will need to fill. Once the baby shower is done, and everybody has forgotten about it I will be an aunt. And I will be that for the rest of my life. And I can’t imagine a bigger honor. When I am ready to have children my sister will be there for them just like I am going to be their for my niece.

And I am a little nervous. I can’t imagine what my sister is thinking about becoming a mother but I know she will do a wonderful job. And if I can do just half as good it will be alright. We all need to learn. And I love a good challenge.

In the end the whole baby shower isn’t that important, it doesn’t make or break what will come after that, but I would just love to do it my way. And that is the main point here. When it comes my sister’s turn I know that, as the older sister, she will do it the way she sees fit. And I guess that is the important part.